Smart mobility, the future in a self-driving vehicle

“Here is how the very nature of cities will change” 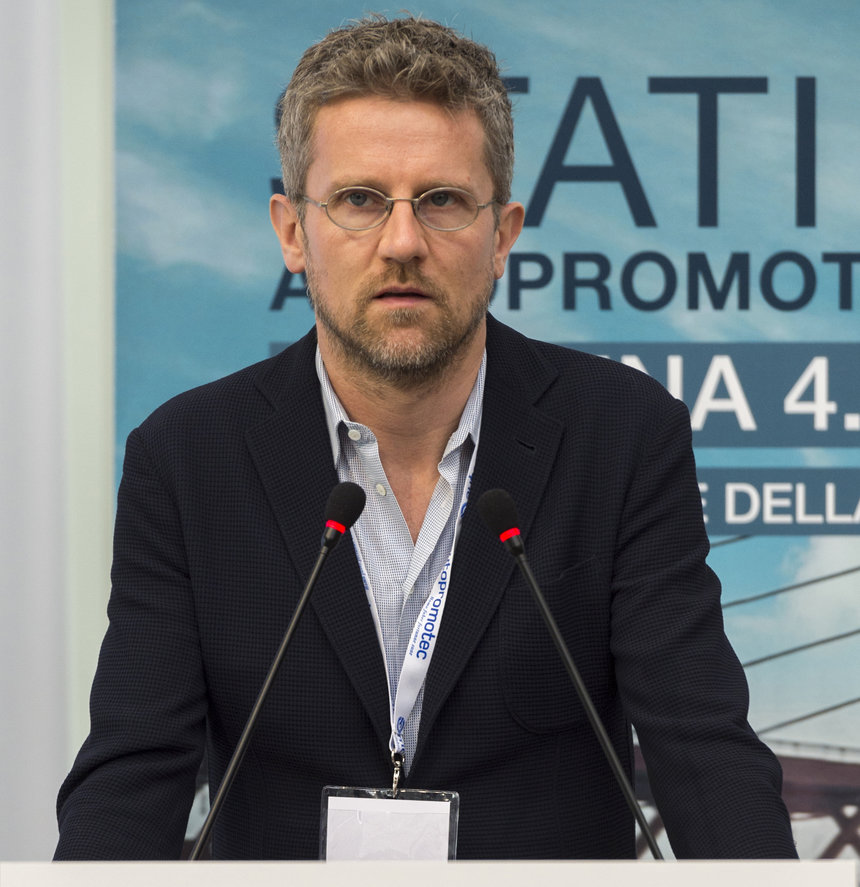 For Carlo Ratti, architect and engineer, co-founder of the Cra design and innovation studio and director of the Senseable City Lab at MIT in Boston, big data, internet of things and AI can play a key role in improving our lives in cities, starting with a new idea of mobility.

Professor Ratti, how will technological innovations improve mobility?
"I'll give you an example: a few years ago at the Mit Senseable City Lab we noticed that over 170 million taxi rides in New York City could potentially be shared by people moving on the same urban routes. These figures, processed through mathematical models, highlighted the enormous potential of shared mobility, giving us a glimpse of new scenarios in which the need for cars in our cities could decrease”.

Things are not the same everywhere though. If we look at the topography of Italy, it is difficult to imagine only shared movements.
"First of all, I would distinguish between more and less densely populated areas. In the latter case, cars will maintain an important role, at least in the short term, although we should probably be speaking of a predominance of electric vehicles. In densely populated areas I frankly don't think that cars will disappear altogether, rather they will become one of the many options in a wide mobility "portfolio". This new scenario might even go as far as affecting  the shape of our cars. Twentieth century cars, had 4-5 seats, although mostly used by one or two people at the same time. In a future based on car-sharing and ride-sharing we may have smaller or larger vehicles, like minivans, acting as shared taxis. It is quite easy to imagine a future based on multi-modality, meaning that we could switch from one vehicle to another according to our needs: car, bicycle, taxi, scooter, bus, train".

What impact will the spread of self-driving cars have?
"Cities will be most affected. The fact of not having to keep your hands on the wheel all the time is not really the greatest benefit, these vehicles will, in fact, have a greater impact on our road infrastructures. Take, for example, a car that takes us to work, and after having done that, instead of standing outside in a parking lot, gets back on the road and takes our son to school, our neighbour's son or anyone else in the city. This would create a hybrid system halfway between public and private transport that should, in theory, reduce the number of vehicles in circulation. Such changes could also affect parking areas. In a study developed at Mit based on data from the city of Singapore, we observed that, in a scenario with autonomous cars, the need for parking space could decrease by as much as 70%. Let's imagine how a city would change if all that space was used to accommodate trees or small gardens”.

Smart mobility, however, requires suitable and safe infrastructures and this is not the case in Italy
"It is fact that the Italian road network is feeling the passing of time, however, autonomous cars and the systems we mentioned earlier would allow us to make better use of existing infrastructure, avoiding the need to create new ones. We could increase traffic flows without compromising safety, thus using less tarmac or asphalt and more silica. As far as maintenance is concerned, sensors would facilitate targeted road maintenance work. Bridges under construction could use these sensors to collect information on the state of health of the structure. But think about the many bridges where this is not possible: either because they are outdated, or for economic reasons. It is therefore crucial to develop alternative data collection techniques. In our laboratory at MIT, in collaboration with Anas, we studied several ways in which our smartphones, with their built-in sensors can "feel" the vibrations of bridges and help us in providing information for improved monitoring. Thinking in terms of crowd-sourcing and data sharing, I think it is possible to improve our infrastructures, making them safer at a reasonable cost”.